So I worked up a little something for the contest this month that's being hosted by [@Estella] which features Estella and her family. Loving husband Nic, young and excited to learn Lycus, baby Piper, and occasional babysitter Iris.

“He’s a very… peculiar child.” There was no mistaking the emphasis set on the word peculiar. Estella narrowed her eyes.

“What do you mean by that?” Nic, Saint as he always was, barreled on through.

“Well...” The teacher looked rightfully sheepish, one hand rubbing the back of their neck while the other shuffled papers. They glanced over at the windows that looked over the playground. “For one thing, I’ve never met a child who didn’t enjoy art class.”

Estella bit back a scathing remark. Lycus adored art, he gave her finger paintings all the time. There was an entire corner in their living room he’d drawn on in crayon. Those messy lines were the outline for his future spaceship. He’d proudly told her it was “going to fly in the air and under the water and in space and through the tatters and I’ll put a lasso on it so I can catch you a star.” Just because Lycus didn’t enjoy expressing himself as avidly in a classroom full of students who weren’t like him didn’t mean he didn’t love art.

“I heard that Jay doesn’t enjoy it either, something about the teacher being harsh toward their drawings?” Nic’s voice was honey sweet, there wasn’t anything cruel outwardly, but Estella could tell he was calculating. “Perhaps the teacher isn’t right for shy students, everyone learns differently after all.” Nic nodded sagely.

“His marks are exemplary otherwise, are they not?” Estella asked, folding her hands over her lap. That was a little difficult with how pregnant she was, but she managed it. She could hear Iris shout something happily from outside, no doubt chasing after a few children.

“Oh, his school marks are outstanding.” The teacher nodded enthusiastically. “But academic marks aren’t the only thing a child needs to be happy, he-”

Estella shot to her feet. “Are you telling me my son isn’t happy?” Perhaps the bark in her tone was hormones, perhaps it was the angry storm of a mother, perhaps it was entirely deserved. “My son?” She put a hand on her chest, then pointed out the window. “The one laughing on a swing set right now? Not happy?”

“Oh boy.” Nic whispered it and reached up, a gentle hand in Estella’s before he pulled her back into the chair.

“I-I meant no offense!” The teacher had their hands up, ready to back peddle. “I just-I was only-”

“Perhaps he should display his hobby more openly?” Nic offered, the same placating smile he always wore in front of strangers. The teacher just nodded and swallowed. Estella could see them willing the chair they were in to swallow them.

“He loves learning,” Estella said, evening out her voice and putting on as much honey butter as she could, “perhaps you could set him up with some of the after school workshops? I’m sure he’ll find one he loves.” She smiled this time, relaxing as Nic rubbed her back.

When they left, Iris raced Lycus and Jay to the car.

Nic huffed as soon as he was sure the children were out of earshot. “What an idiot.” He looked shocked at his own words. “Oh that was rude of me.”

“But not wrong.” Estella noted as she dug the keys out of her clutch. “It’s like none of them know how to run a school.” She glanced sidelong at Nic, whose face flushed.

“It’s like they don’t give their teachers the proper workshops! Every student learns differently, and you have to approach them in their unique ways! Also holding a parent teacher conference just because you think a student is too shy is just, how-”

“Nic.” Estella held up the keys and leaned in to press a kiss to his cheek. “You’re a wonderful father.” She watched the way he blushed and wrapped a hand around her own. “And an even better husband.” His flush deepened. “On top of that, look at all the leaps you’ve made since you brought Iris into our lives.” She smiled over at Iris as she corralled both children away from the road. “You’ll be amazing with students.”

Estella sat bolt upright as a garbled scream came from the baby monitor, her feet already thrown over the side of the bed. Poor Piper, she’d just gotten over an ear infection last week, now it was on to nightmares every other night.

A warm hand touched her own and she looked over to see Nic already on his feet. “I’ve got it, you get back to sleep.” He whispered.

“What about Lycus, you know he’ll wake up if he hears Piper.” She whispered back. Nic just waved her off, already walking to the door in his silly bathrobe and endearingly ugly bunny house-slippers Lycus had found him. As he slipped out of the room, she crawled back under the covers and reached over for the baby monitor.

Piper cried and screamed, the sound tugging at every single string metaphorically wrapped around Estella’s heart. The soft thump of the door opening in the nursery made her perk up.

“Oh I know.” Nic’s voice was slightly distorted, but warm. “It’s awful.” From the sounds of it, he’d just scooped Piper out of her crib. “How terrible.” She screamed on.

“What’s wrong with her?” Lycus voice was sleepy over the monitor, but still curious and scared. He should be in bed, he had school in the morning.

“You know how sometimes you have a really bad dream?” Nic asked. There was no verbal response, but he continued. “Well, even babies can get them. Piper must have had one tonight.” There was a long pause, and while Piper’s screams lessened, they didn’t stop.

“Would… would singing help?” Lycus asked. “Mommy always sings to me when I have a nightmare. That helps. You could sing to Piper!” He sounded certain that his solution would work. Estella bit her lip, but there was no need to hide her smile.

“Why don’t we both sing to her?” Nic suggested. “I’m not very good, but maybe your mothers beautiful singing voice rubbed off on you.” Estella could just imagine the face Lycus was making at Nic as they argued over what song to sing, finally settling on Three Little Blackbirds.

She set the baby monitor down and curled back up in the pillows, the sound of her husband and her son singing quite off key making Piper go from a screaming mess to a giggling fit before she quieted and, hopefully, fell asleep. 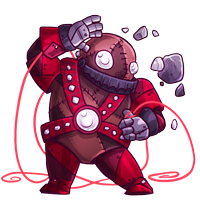 Re: My Kids First

Aaawww! What a tender ending to your story. Piper was a rather screamy baby. Taking turns getting up at night to soothe her is just one of many reasons why it’s so helpful to have more than one adult around to care for kids! 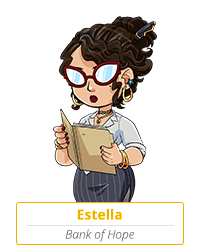 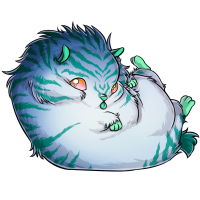