A cervitaur with short, slightly unkempt red hair and a set of feathery wings trots up. He shields his body with his wings shyly, his lips turned upwards in a gentle smile. With a quiet, trembley voice, he introduces himself. "U-uhm, hello! M-my name is Bean, I hope we get a-along!."

My name's Em and a close friend of mine told me about this site and it looked fun, so here I am! I've been enjoying my time here and hope to make friends! I'm a third year uni student who is currently always tired because adulting is hard... 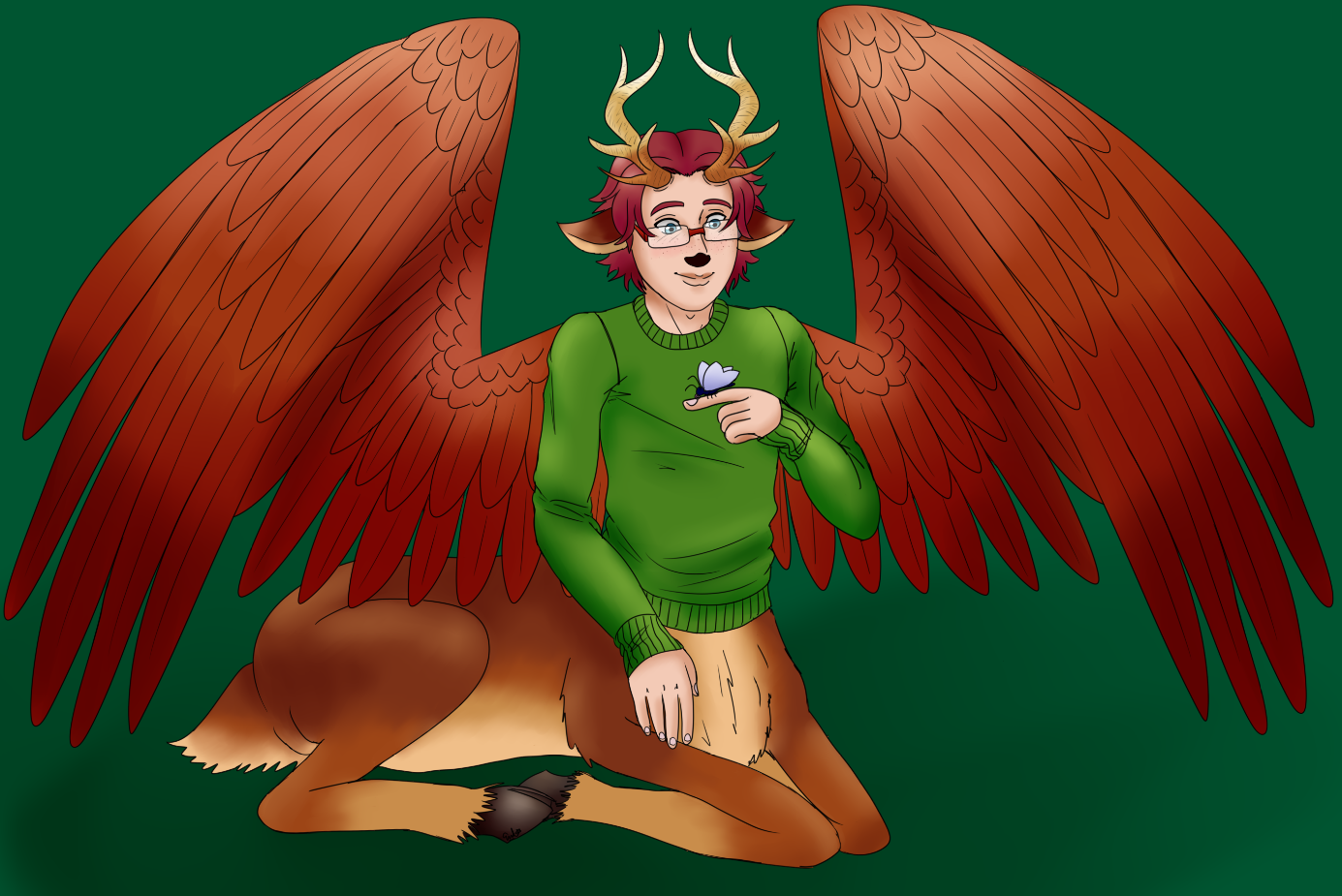 My character is a winged cervitaur named Bean, he's very soft and a bit socially anxious, but he's trying to come out of his shell and interact with people more. He tends to hang near Lycus' lab a lot and tries to offer his help whenever he needs it, and has a very obvious crush on him.

He loves all of his friends and is very gentle and soft-spoken, caring deeply for plants and animals alike. He tends to be quite ambivalent and has a hard time deciding, and tends to hesitate before taking risks because of his fears of what may go wrong.

His kith partner, Lorelei, is like family to him, and he cherishes having such a wonderful companion by his side.

BACKSTORY
When the unraveling happened 1,000 years ago, his people fled to Hope and attempted to find shelter and survive wherever they could. His people belonged to a group of half-human half-animal beings, all of which had the bottom halves of horses, big cats, deers, and even dragons. Despite their best efforts at trying to survive and sustain themselves, their numbers are growing thinner as the years go by, and certain types more than others.

Bean is one of the last few descendants of the cervitaurs, and as far as he knows, he hasn't seen any other of his kind left. Because of this, he is determined to find a better place for his family to live by studying at the university, even if it's difficult.

There's a certain lab scientist named Lycus that may be able to help him, as many of the things he's researching could lead to a new, more fitting home for his people. So, Bean is helping Lycus out whenever he can in hopes they'll one day be able to solve the mystery of the unraveling.

...Of course, when you spend that much time around someone, you're bound to form a pretty tight bond, and Bean has fallen head over hooves for him. He's not sure if Lycus would even like someone like him, especially since he's a cervitaur, and so he's keeping his feelings under wraps. At least he can work as his lab assistant!

Adorable avatar! Welcome to the site! (:

Wow, what a great avatar!

How cute are you? Welcome to TTW! 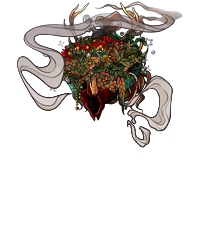 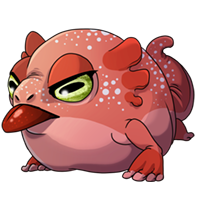