Written by Admin  Posted on December 02, 2019 To all of you who suffered under my 'Draconic' reign,
No words can express the regret I feel for causing such pain.
I... understand why some in court petition to complain,
But His Majesty has officially declined to arraign.
Please accept my humble apologies and know
That I will make amends before the first snow.
Though the first Rejuvenation Ritual was a disaster,
The second time freed me of that villainous spellcaster -
Opened my eyes to the truth of the Wizards Three,
A truth so much larger than our known history.
When the Narrator led me to power through his suggestions,
I found many answers that yet raised more questions.
How did he learn the ancient rituals that saved our land
Well enough to manipulate them through another's hand?
And why, if he is as omnipotent as he claimed,
Did he first need a suspect at the Gala to be framed?
Are we to believe he is a surviving wizard of yore,
Who somehow survived the Withering heretofore?
There is much to be learned, and precious little time to wait,
So I'm afraid I must ask all petitioners to set aside your hate.
When I channeled the ritual and touched the leyline
I felt Merlin's warning come alive in my bloodline.
I sense it, that growing dread the Narrator called The End -
Something lurks in the Withering with which we must contend.
To describe it, I can only think of deficient words in vain...
Dearth.
Deception.
Discord.
Doubt.
And disdain.
Beyond our protections set by ancient wisdom for peace
Is a threat of destruction that will never cease.
Reality is still actively being unmade!
And I sense that its horrors will soon invade.
So, my people. What will we do? Will you debate?
Is it, as the Narrator wanted us to believe, far too late?
Those of you who wring your hands and call for quorum
Should heed the advice of my Illuminary Knights in this Forum.
Suspicious and repressed, when we argue amongst ourselves we are but tinder to a fire -
But together, we have proved over and over that no situation is too dire!
My Royal Advisor and I have become more attuned than ever before
Due to the ritual magic that rooted us to our Forest's core.
In each and every one of you, even now, I feel the seed of life
That must bloom into heartwood if we are to survive the coming strife.
The Wizards Three - no, all of our legendary protectors
Shared some kind of power, as wizards, teachers, explorers, directors;
Somehow, they wielded magic greater than anything we can compare,
More than a ritual, which is less like speaking than 'tis repeating a prayer.
Knowing this, can I use my newfound ties to the leyline to save us?
Though I am certain many of you will dismiss any attempt as outrageous...
I, too, question myself for such a daring thought;
What good have my ambitious dreams ever brought?
Is it even possible to learn that same level of supernatural skill?
If I try to wield it myself, could the magic twist me again to another's will?
Yet I know I must try. I must.
Whether or not I have your trust.
Whether or not you believe me.
Whether you join in or... or leave me.
I understand if you will not heed my words after all I've done.
That's all right. I will stand against the Withering even if I'm the only one.
My own pain is no excuse after so many have been hurt,
And fear will not stop me again - I will not shirk.
Go to Forum 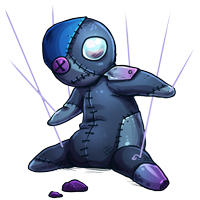